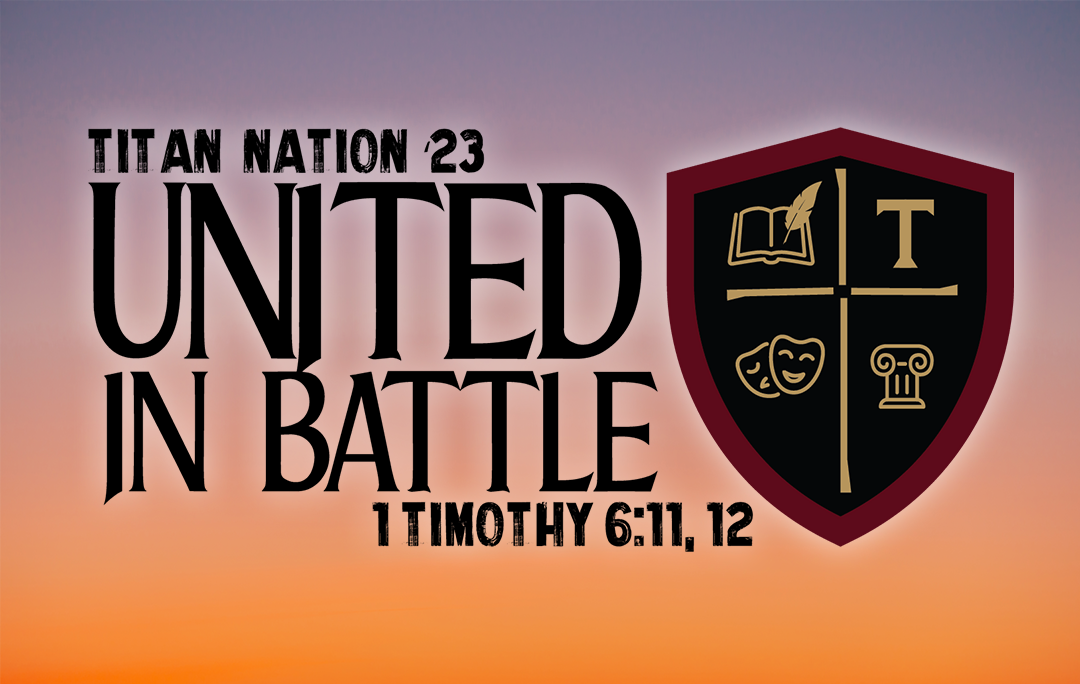 In recent years, people have engaged in battles against one another over social issues, politics, general disagreements, and now even a brutal war between neighboring nations. Above all of these issues, there's an even greater war being waged against the truth of the gospel. As a school, our goal is to train young people as disciples of Jesus, who stand united together, steadfast amidst the trials, and to build one another up as we seek to be more like Jesus and reflect him to a world injured by pain of sin. We want to be a school marked by a commitment to the gospel and to truth, and to be known by what we stand for, not just what we stand against. Titans here is our battle-plan: Pursue righteousness, godliness, faith, love, steadfastness, gentleness. Fight the good fight of the faith. Take hold of the eternal life to which you were called. (1 Timothy 6:11-12)

A Lesson from our Mini-Vacation